Office of Partnerships and Grant Services

Office Hours
Monday to Friday, 9 am to 5 pm, except District holidays

Ayris T. Scales
Director
-A +A 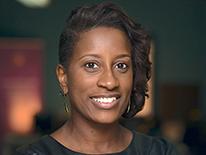 Ayris represents a dynamic hybrid of skills having served in the public, private and nonprofit sectors. In January of 2018, Ayris was appointed by Mayor Muriel Bowser to serve as the Executive Director of the Office of Partnerships and Grant Services. In this capacity she will focus on identifying resources and cultivating strategic partnerships with corporations, foundations, non-profits, and government agencies to advance the Mayor’s top public policy priorities.  Before joining the Bower Administration, Ayris served as the Vice President for Economic Growth and Jobs at World Business Chicago (WBC), Chicago’s business development authority. As Vice President, she advised the CEO and Vice-Chairman on operationalizing WBC’ race and equity agenda. Under Ayris’s leadership, WBC launched its first-ever Inclusive Economic Growth framework, and the Neighborhood Strategy and Initiatives Department, hyper-focused on leveraging multi-sector partnerships to improve socio-economic outcomes for Chicago’s most underserved residents, businesses and neighborhoods.

In 2012, Ayris became the first Executive Director of the DC Promise Neighborhood Initiative (DCPNI), where she led the design and implementation of a transformative education model that received an unprecedented $28M grant from the U.S. Department of Education, as part of the White House Revitalization Initiative to end inter-generational poverty. DCPNI was the first and only start-up organization in the nation to be awarded this highly coveted designation and became part of a national model focused on two-generation interventions. With nearly 20 years of professional experience and innovation, Ayris is a highly sought after panelists, speaker and thought-leader. Additional leadership and management roles include the DC Commission on the Arts and Humanities (DCCAH), the Office of the Deputy Mayor for Planning and Economic Development (DMPED), overseeing a $250M development portfolio for East of River, and serving as the Director of External Affairs with the Equal Rights Center (ERC), a DC-based civil rights organization where she managed the ERC’s program expansion from disability rights into race, class, and gender inequalities around housing and retail.

A true believer in the power of the collective, she has raised nearly $40M and awarded close to $100M in grants and incentives to advance education, community development, women’s rights and the arts. Her work has been featured in Fast Company, Ebony Magazine, the Huffington Post, the Washington Post, and NBC Universal Telemundo. She is an alum of National Urban Fellows, America’s Leaders of Change and the Capital City Fellows programs. She attended Clark Atlanta University, holds a Bachelor of Science in Broadcast Journalism from Kent State University and a Master of Public Administration from the City University of New York, Baruch College. Ayris has served on several boards and is currently President of the National Coalition of 100 Black Women Inc., Metro DC Chapter. She is a resident of ward 7.